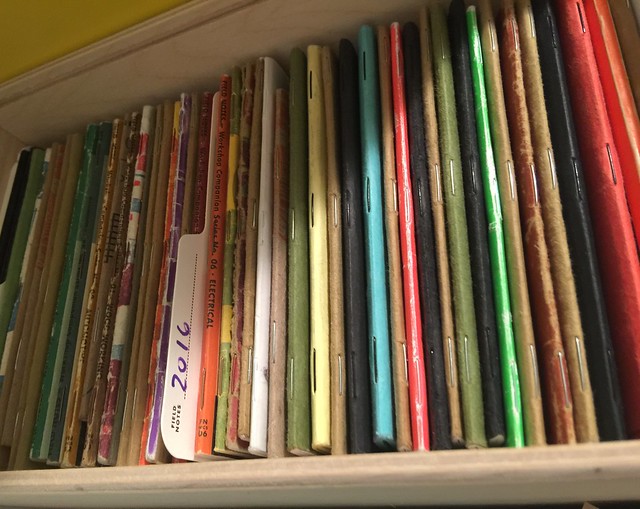 I’m slowly flipping through Tim Ferris’s Tools of Titans and a couple of academic books, so I think it’s time for my annual tally:

For gaming research that will probably start to see the light of day in 2017, I’ve been thinking a lot about systems. Taking a large portion of the early part of 2016, Robert Caro’s hefty biography of Robert Moses, The Power Broker, was just as good as everyone says. It points to how sprawling inequities and stratified geographies in New York weren’t accidents but rather human-driven activities. Likewise, Matthew Desmond’s Wire-like opus Evicted—as full as it is of vignettes and nuanced depictions of individuals—points to how systems beget further systems of financial and social hardship. It’s the most accessible academic book I read this year (and for the nerds, I think this book has the best footnotes I’ve come across!). Finally, I have been revisiting this quirky book on system theory from the ‘70s. With pages of random doodles alongside significant contributions to why system-driven individuals build layers of problems, Gall’s text has been helpful in connecting gaming concepts to broader social and learning connections in my own research.

The best music-related read all year was Jace Clayton’s (aka DJ Rupture) book Uproot. Looking at the globalized nature of digital music, Clayton’s book connected much of the broader music ecosystem to concerns I’ve had with celebratory digital tinkering in education. The online listening guide for the book is excellent. I hadn’t been this fascinated by autotune as I had since its absence in this T-Pain performance.

I read all six of the Expanse-series books. I haven’t seen the TV adaptation yet, but I appreciate the direction and world-building across each of the lengthy tomes. For page-turning sci-fi, I think Leviathan Wakes is a good beginning to a series that only starts to show some stress from the weight of its many storylines in the most recent, sixth volume.

This also seemed like a great year for comic books. And despite the titles of Wakanda gathering mainstream accolades, two trades by Tom King most impressed me. The current run of Vision is the stop-what-you’re-doing-and-read-this-already title I would universally recommend. In both content and form, King and colleagues are doing some incredible work here. Likewise, King’s Omega Men was a continually surprising read. This video breaks down some of the ways King is reinventing the possibilities of the traditional, 9-panel, comic page.

Finally, I’m not sure where I heard about or why I decided to read The Man Who Heard Voices. But for a book about a film director I don’t like (M. Night Shyamalan) making a movie I despise (Lady in the Water), it’s a pretty fascinating look at an uncompromising artist and a deeply flawed film. Go figure.

Musically, this was a rough year. I listened to Kanye West’s The Life of Pablo much more than any other release. The album is a flawed masterpiece and I think it’s release points to the possibilities of what it means to make an “album” in the 21st century. That being said, as much as I’ve written lots (and lots) about Kanye in the past, I can’t overlook his recent statements or behavior. I am also cautious not to disregard the fact that Kanye’s every word is scrutinized, he became the father of his second child this year, and his wife was held captive and robbed. I’ve been thinking about this Chappelle interview in regards to Kanye, lately.

Finally, I haven’t been able to face Prince or Bowie’s deaths head on this year. (I teared up listening to Starfish and Coffee recently.) Instead, the Prince collaboration with Kate Bush is probably the singular song I played the most this year (and lends it’s opening line to this blog’s title):

Likewise, the NY Times Popcast speculated that the title of Bowie’s final album comes from an Elvis Presley song. This too, has been a haunting track echoing across a harrowing year:

I can’t say 2017 looks to bode better than 2016. I’m hoping to temper what looks like a battle-heavy year politically with texts of optimism and laughter. Suggestions are welcomed.