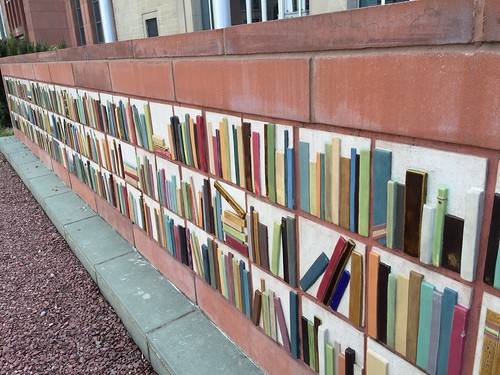 I just finished listening to the audiobook of Invisibles: The Power of Anonymous Work in an Age of Relentless Self-Promotion by David Zweig.

Recommended by Bud Hunt, I appreciated the delicate attention to unseen craftsmanship that entire industries are built upon. From Radiohead’s lead guitar tech to someone devoted to making way-finding in an airport an intuitive process to the interpreters that the United Nations rely upon, the role of invisibles offers us as readers a framework for how to be mindful and curious in the work we do.

In the final chapter of the book, Zweig reflects on the tension between the inflated ego of having his first book contract but not chipping away at the words needing to be written and being in the flow-like process of deep analysis of an interview for the book. Zweig illuminates a shift in perspective that can empower readers to rethink their work and find fulfillment in the curiosity before us.

(Isn’t there always a however?)

While I appreciate the sentiment of how Zweig can pivot from an ego-filled sense of being a fuddy duddy author to a silent craftsman of words for an audience, the lens of hearing about this via an audiobook was striking. While I listened to Zweig’s words I became immediately aware that there is another largely invisible expert delivering these words.

Earlier in the day, chatting with Bud via Slack (is this “slacking”?), he typed, “I dig the narrator.” I did too.

Sean Pratt. I had to look up who just read the nearly 10 hour production. His crisp delivery – like that of many other audiobook readers does its best when it gets out of the way of the content I am passively consuming in my car or while walking dogs. Sure, Pratt’s name is mentioned in the fleeting credits of the audiobook, but it’s fluff I usually disregard. It’s part of the digital paratexts that succeeds largely when it is invisible.

Years ago, I was listening to the audiobook of Nancy Farmer’s The House of the Scorpion. At the book’s conclusion, Farmer conducts an interview with the audiobook’s reader Raul Esparza. What should have been an engaging peek behind the curtain was too dissonant for me. I’d just spent hours hearing and trusting a voice to act as a conduit of Farmer’s words. That this voice was anchored to an individual, that it had agency, was too strange an effect. I was hearing the voice of a book reflect on being a voice of not just one but many other books Esparza has read.

There’s probably something to be said about the most un-invisible of audiobook readers, Jim Dale, and about the allure of celebrity authors and readers of works. Last month, I spent a week with Kim Gordon’s voice. As she discussed the painful encounters that led to her divorce from her partner and Sonic Youth bandmate Thurston Moore, my mind oscillated between wondering what it was like for Gordon to read and re-read passages of her life out-loud and also feeling comforted to know that she safely harbored her words to me, rather than an intrusive middle-person.

Consuming audiobooks provides an added layer of text which we must analyze and consider. Rather than simply a lazier way to consume media content, Zweig’s metacognitive reflection, read by Sean Pratt, highlights the ways audio adds to text.*

*As I type this, Mark Z. Danielewski’s The Familiar sits on my desk and reminds me that it (like his other works) are largely impossible to translate into an audiobook. The multimedia possibilities of print media are often taken for granted in the digital age.

1 thought on “Invisibles: An Audiobook”