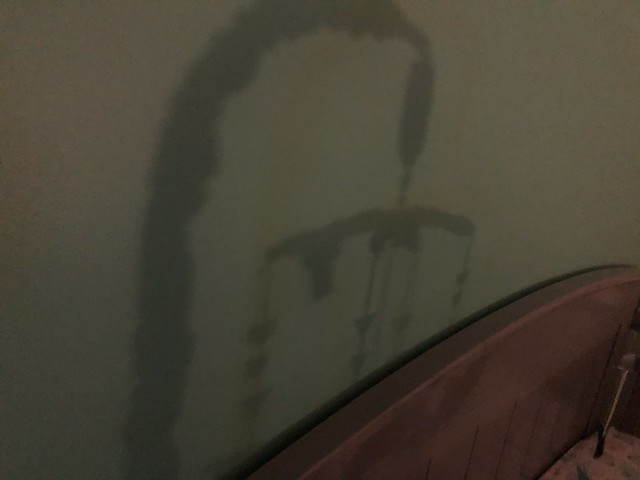 Yesterday, I finished Jenny Slate’s Little Weirds and I’ve been slowly moseying my way through this collection of essays about Elizabeth Bishop. So here’s my breakdown of my reading for 2019:

Rather than bury the lede, I’ll share that Ally and I welcomed twins into our family in July. They are (usually) great! I’ll be referring to them by their middle names on this blog moving forward: Luna and Max.

Okay. So, the first half of the year was taken up with a lot of pregnancy-related books, most of which offered conflicting advice. (As parents might predict, the summer was filled with books related to baby sleep habits. These, too, largely offered competing and unhelpful advice; yes, I changed them and fed them and swaddled the hell out of them already.) The world of publishing around pregnancy and twins/multiples is much more limited and I found bits and pieces of these books useful in reducing some of the stress we felt in the first two trimesters; but I thought these were also pretty bad for the most part. (I may go more in depth on the pregnancy/parenting book genre in a longer post because I have #feelings about these texts, the market for literally the most mundane yet precious aspect of human culture, and the pedagogical expectations of mainstream books.) On the off chance that any readers are expecting twins in the near future (congrats!), feel free to get in touch–I’m happy to share some specific recommendations.

Carmen Maria Machado’s memoir, In the Dream House, was the best book I read this year. Intentionally unsettling, Machado pushes on the boundaries of form and genre while excavating trauma and abuse in a book that’s unlike anything else I’ve come across. It’s definitely a BSRAYDEKWTDWT-contender and, considering how much I liked Her Body and Other Parties, Machado is a new favorite writer.

And while I realize it got a ton of press, I would universally recommend Chanel Miller’s Know My Name. It’s not a pleasant read but I am grateful to have gotten to learn from Miller’s words.

Though eight doesn’t look like much in comparison to other kinds of books account for, I read a lot more poetry than in recent years. I’m going to shoot for one collection per month in 2020.To be honest, I was kicked back into a poetry mood as I ruminated on the loss of musician and poet David Berman earlier this year. Rereading his collection, Actual Air, was a painful reminder of Berman’s genius and humor, the title of this post comes from this collection. Likewise, I’ve been regularly coming back to Zadie Smith’s reading of Frank O’Hara’s “Animals.” The text has crept into a couple of my academic talks and part of it serves as an epigraph for a short essay coming out in 2020.

Nick Harkaway’s Gnomon was the weird, overly long sci-fi novel I had fun getting sucked into. It feels like only due to largesse did Ted Chiang release a new collection of stories this year. It is, of course, impeccable.

In terms of comics, Tom King’s Mister Miracle is a refreshing take on the superhero genre (and maybe a spiritual sequel to his Vision run). Not unlike In The Dream House, it’s a stunning mix of fitting within the confines of genre and form while also channeling pathos through every page. I also found the diary-style comics of Keiler Roberts to be exactly the sense of humor and reflection to take me through a sleep-deprived fall. Her most recent, Rat Time, is as good a place to start as any.

For a year and a half now, a couple colleagues and I have been systematically reading select YA books published across the past two decades. As a result, I read a lot of YA I didn’t like this year. I’ll note that—as frustrating and #problematic as I found the series—the Sisterhood of the Traveling Pants offers some interesting ideas around multimodal literacies. (Years too late to be any kind of warning, I’ll also note that the final book in the series is infuriating.) Also surprising, I found Sarah Dessen’s Just Listen was an intriguing book for thinking about trauma, romance, and multimodal composition. I guess you could probably say that about 70% of YA books, but how many of them feature a corded house phone, a parental car phone, and a cell phone all at the same time? It’s a pretty revelatory reflection of now-discarded social uses of technology from just a decade ago. As a recent book, Jason Reynolds’ novelization of Miles Morales: Spider-Man hit the comic’s tone perfectly while still hitting the same emotional and critical notes that I’ve come to consistently appreciate in Reynolds’ books.

In terms of music, I’ve been trying to play only female artists around the house to orient around dominant voices my kids hear singing as they grow up. We have a Luna and Max playlist that is bratty and whiny and loud. I try to cycle through that as much as I can. I’m thinking of collecting the scrapbook pieces of media—on that playlist or otherwise—and sharing sporadically on this blog in the future.

FKA twigs’ Magdalene was my favorite album of the year.


For being my least favorite album that they’ve put out, I really like Vampire Weekend’s Father of the Bride.

I did a lot of writing, in equal measure to Colleen Green’s album length cover of Blink 182’s Dude Ranch and to Sunn O)))’s Pyroclasts.

Synth-y, gloomy pop feels like the right vibe for 2019 in terms of national malaise. I’ve been listening to the new Black Marble album a bunch lately.

Lastly, six years ago I closed my year-end post noting that I’d been listening to this live version of Yo La Tengo’s song “Nowhere Near.” We use the album version as the song we play during Luna and Max’s bedtime routine, so—by sheer repetition—it’s the song I probably heard the most in 2019 and that’s great. Here’s the album version to help you put your year to rest.