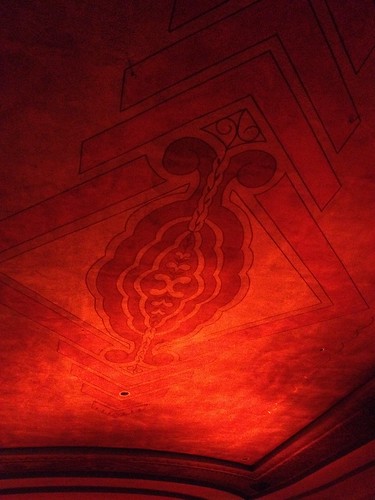 Last night Ally and I made the trek to Boulder to see the Brad Mehldau trio perform. I’d seen Mehldau a couple of times back in LA (he’s even released an album titled after my favorite venue). I hadn’t paid attention to the fact that the show was Mehldau performing as part of a trio (with Larry Grenadier and Jeff Ballard on bass and drums respectively). I’d expected something closer to this (akin to the direction of his most recent album Mehliana: Taming the Dragon):

Aside from beginning with an original song, the entire show was a set of covers. From the Beatles to Gillian Welch to Radiohead, Mehldau’s work weaves familiarity with the unexpected. It’s interesting to listen to the audience reactions during jazz performances (something Paul F. Tompkins lampoons here). There is usually laughter in two places in jazz shows. First, the audience will quietly laugh when they know a song. The excitement of familiarity when Mehldau launched into “And I Love Her,” for instance signaled that the audience knew this song. Conversely, the audience laughs when a line or solo goes in the complete opposite direction of where they expected. A mid-tempo solo that flies into high gear, a series of notes outside of the song’s key, a start-stop drum solo. We find pleasure, surprise, and laughter in the familiar and the unknown. It is the mixture of these two that builds pleasure in the consumer here.

Saturday, a day before the Mehldau show, I presented at the Colorado Teen Lit Conference. In my session, I mainly facilitated conversations around how participatory media can act as a tool of empowerment for YA readers. In one example (and as described in my book) I highlighted how Cassandra Clare practiced and developed her YA-oriented writing through engagement with fan fiction communities. At the heart of this discussion are a bunch of complex issues revolving ownership, plagiarism, marketing and capitalism. Several in the room (myself included) discussed how we have successfully gotten kids to write powerful stories through adapting fan fiction models for the classroom. The number of NaNoWriMo submissions I got from my students who inserted themselves in their favorite Cirque Du Freak or Vladamir Tod settings was a powerful testament to how fandom can initiate and sustain writing.

Writing is hard. Getting published even harder. Keynote speaker, A.S. King described the arduous process of getting her first novel in print:

Teachers steal all the time. Musicians cover as a staple of their own repetoires. Without consciously building on successful models (and remixing what makes them successful), how can young writers develop a personal voice?

Like Mehldau, last year when my colleague Leif and I saw Jason Moran in concert, his set was primarily a series of covers (including briefly schooling the attendees about the “Negro National Anthem”). Perhaps more striking is that Moran would begin many of his songs by scrolling through his iPod, playing a song through the house speakers and slowly begin playing along with the canonized recording. Eventually he would fade out the recorded song and he and his band mates would seamlessly move the song into a new, unexpected direction. Like Mehldau, this was a master of his craft playing along with canonical recordings. Thinking about this from a literacies perspective, I think there are (at least) two important reasons covers are so important in musical performance:

When an audience member requested Radiohead’s “Paranoid Android” at last night’s Mehldau show, it wasn’t because he thought he was getting  the ‘90s rock song version. It was because the piece was both familiar and utterly transformed. Likewise, when Moran launches into “Planet Rock” by Afrika Bambaataa it isn’t because they are expecting to hear a hip-hop classic.

All compositions are grounded in complex matrices. The social, historical, cultural, and political intersect in the words we write, the notes we play, the lessons we teach. A cover of a standard, or a Beatles song, or a Radiohead hit, or a Harry Potter setting is a more blatant signal for readers and a powerful starting place in tone or message for the composer. This is what we need to consider (and teach) within a literacy context. Even when we compose new work, our words and ideas are influenced by the world around us. We experience in ways that are shaped by the past.