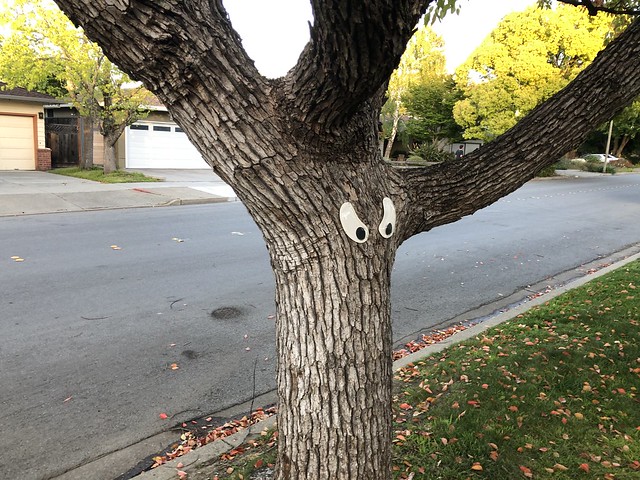 Here’s the quick and dirty invitation: if you are adding a line to your CV about work accepted at this year’s cancelled AERA (or other academic conference), consider making an accessible—perhaps even multimodal—representation of your work to disseminate to the general public.

Last month, Nicole Mirra and I offered an invitation for folks to share the scholarship that would have been presented at AERA (originally scheduled to be happening right now). We’re encouraging something simple: share what your work is about on your preferred social networks and include the hashtag #rogueAERA (obviously, still adhering to the the privacy expectations of any pertinent IRBs).

Umm, this is how you do the #DontRushChallenge, right? What my research REJECTS and what it EMBRACES. Now THAT is #rogueAERA in action. What is your research about? pic.twitter.com/PIfJWdTi5d

I remixed a pictured book to talk about some of our collaborative civic literacies research:

I also made a quick and messy zine: 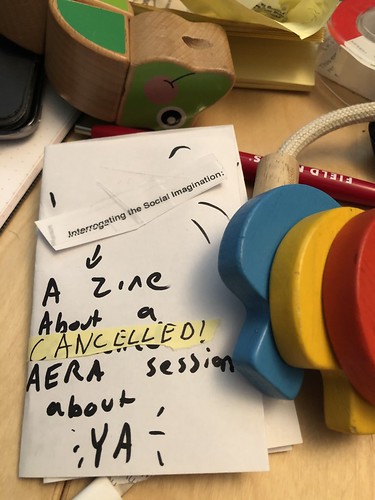 Yes, these are kind of silly. But I also think we need to affirm—particularly right now—how and why our research matters. I am reminded of a post Nicole wrote a few years ago. Essentially, academic journalist, Rick Hess, would regularly go through the AERA program and mock the jargon-filled titles of papers and sessions. It’s easy, initially, to smirk at the lengthy titles of some of these sessions … except that it is also clear that such titles are often most frequently leveraged by BIPOC scholars and particularly for critical purposes. Those jargon-heavy titles illustrate that complex language is needed to contest the simple truths of structural inequalities. We must be post-X or anti-Y or push against neo-Z instantiations of ___. As Nicole wrote in her blog:

In my courses for pre-service and in-service teachers, I remind my students that theory and research are inextricably linked to practice — that all decisions made in public education, from how we organize our lessons and assess student learning to how we structure school financing and school choice, flow from theories we have about the purpose of public education, the abilities of our students, and the kind of society we want to create. Naming these theories produces productive debate about the future directions of public education and helps us clarify our practice and policy.

That’s why I quickly stopped laughing at Dr. Hess’ derisive ridicule of educational research in The National Review and turned downright angry at his subsequent lofty dismissal of the entire AERA community of 25,000 education researchers in an EdWeek blog post. He does not simply mock academic jargon. He consistently singles out for abuse scholarly research that forefronts considerations of inequality, whether by race, class, or gender.

While he considers a study exploring Common Core reading strategies to be “reassuringly scholarly,” he lambasts a study exploring racial inequities in college admissions as “politically correct navel-gazing.” He then accuses the entire AERA membership of “groupthink,” proposing that all of its researchers are “fixated on questions of race, class, and privilege.”

Oh wait, but not all of the researchers. Hess excuses the “economists and evaluators” and finds a few words to praise the two sessions in which he himself participated. It sounds to me like Hess has his own privileged assumptions about what real research is.

And so, particularly for those of us committed to scholarship that dismantles racist, capitalist, heteronormative, able-bodied, gender-normative (and so on) forms of education practice, policy, and research. Our work must go rogue.

For most of us, we found our way into academic research because of commitments to justice, to knowledge, to the possibility of bettering the lives of teachers and students. If you are going to participate in the academic systems in which you profit professionally by adding lines to your CV, consider at least offering some broad insights from what your work illuminates for the world.

At the same time, I recognize that—alongside social, personal, financial, and other forms of anxiety, including the added stress for many of working from home in isolation or while also attending to the needs of children—not everyone is in a place to meaningfully contribute to something like #rogueAERA. That is totally okay. However, if you—like me—have been itching for bursts of intellectual engagement but have also struggled to kludge together more than a paragraph of academic writing in the past month, maybe give this a shot.

As a final note, I went down a real internet rabbit hole looking up the phrase “paying the piper.” There are contested understandings of threat, choice, and value dependent on if you think the phrase’s origin comes from a classic fable or a related Browning poem. Either way, pay up and share your scholarship!