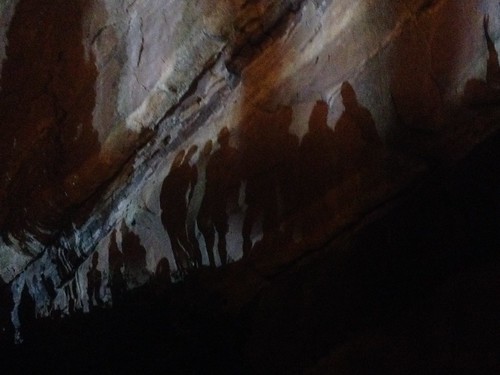 First off, Marcelle Haddix and I have a book chapter in the newly published collection The Politics of Panem edited by Sean P. Connors. Our chapter is called “The Revolution Starts with Rue: Online Fandom and the Racial Politics of the Hunger Games.” In it, we contrast the dialogue found within this meme with the racist response to the casting of the Hunger Games several years ago. Marcelle and I expand our thinking with regard to this topic in an upcoming ALAN article (I’ll share this, too, when it is released).

More broadly, I’ve been thinking a lot lately about civic identity in popular media for youth. Recently reading the first 10 issues of Zero by Ales Kot, I am reminded of the civic lessons from his earlier work, Wild Children (take a look at our conversation from a while back).

Similarly, the new(ish) comic series Storm focuses on the so-named mutant who is able to control weather. With a woman of color as a mainstream comic book protragonist, it’s been striking to see how this series has largely been episodic understanding of civic identity and discussions of collective responsibility. This panel from the first issue, for instance, has had me thinking about how this medium can more deliberately instill concepts of civic action amongst readers. 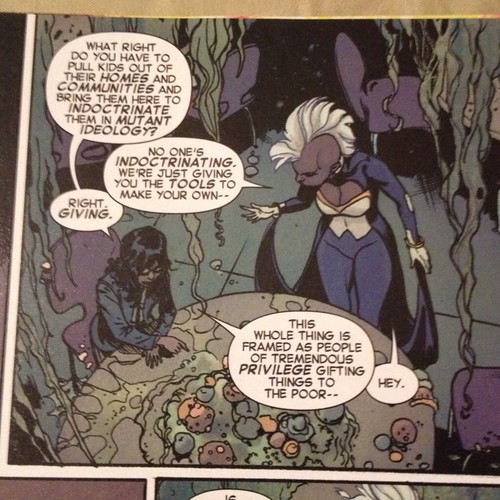 Particularly in light of following #FergusonSyllabus, I am reminded of the powerful lessons I can glean daily from social networks. (My friend Peter and I have been discussing and thinking about critical applications of comic books in classrooms on Twitter using the hashtag #ComicEd. Join us!)

As I think about the white-washing of history taking place in my home state and of the organizing in Ferguson (not to mention the three other young black men that have been shot in the St. Louis area in the two months since Michael Brown’s death), I reflect on the potential voices of activism and dissent in popular media: Rue as a revolutionary, Storm as a conflicted ideologist, Officer Gordon on the TV show Gotham (to name a few).

As educators, how do we challenge youth to think civically in a time when their rights are being actively restricted?