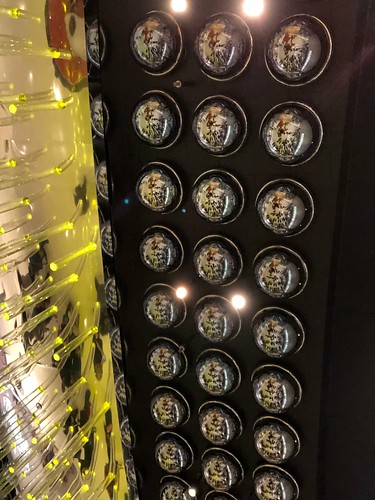 Over the past several months, Joseph Finks I Only Listen to the Mountain Goats podcast has been a particularly illuminating listen. Going song-by-song through the Mountain Goats’s 2002 All Hail West Texas, the podcast is an engaging convergence of fandom, analysis, and documentary-like insight. Co-hosted by the singular member of the Mountain Goats (at least at the time that All Hail West Texas was recorded), John Darnielle, each episode finds Darnielle and Fink reflecting on the writing of a single song on the album. Each episode also includes a cover of the song in question and a discussion with the musicians tackling the track.

Even if you don’t think you are a Mountain Goats fan, it’s a unique look into a singular creative process as well as a handful of covers that grow more playful by the episode. Julian Koster’s surreal, instrumental homage to Jeff Davis County Blues is a personal favorite.

The somber dusk of this first season approaches as the final track, “Absolute Lithops Effect” will be released imminently.

Individually, the components that make the 40ish minutes of each episode so compelling are nothing new. Interviews with artists, fans digging into theories and offering personal anecdotes about art, playful covers of songs—these have existed long before podcasts (like Fink’s other series Welcome to Night Vale) came into popularity. Other than access to work alongside John Darnielle, there is no magical alchemy pulling this show together. That being said, I think the distribution of this podcast highlights the blurred lines of consumption and production in this participatory moment.

Listening to each episode is an invitation into how work is dreamt and produced. It’s also a reminder that the intense connections we might each hold to work are also something we collectively share and that make us human. In this sense, I Only Listen to the Mountain Goats has been a healing podcast for me. Discussing “Jeff Davis County Blues,” Fink describes how the song reminds him of his late father–a personal connection that Darnielle could never have envisioned as he penned the song more than 15 years ago.

The noise of the news-related podcasts I exhaustingly consume in this moment of Trumpism feels unhealthy; Fink and Darnielle’s podcast has been a respite from the loud and political world we continuously work to improve. Perhaps, as The Mountain Goats sing on the third track of All Hail West Texas, the humanity of compassionate creativity can “let the silence that’s our trademark make its presence felt.”